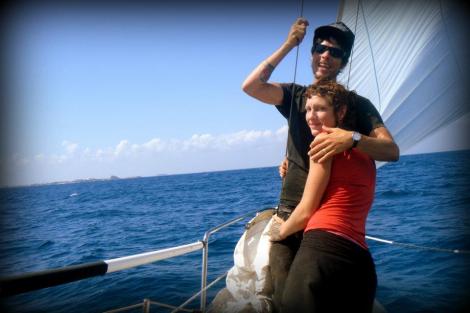 Meghan & Stephen on board “Judy Ann” in florida

In February of 2012 just as the excitement and preparations for the 2012 Sailboat Meetup were ramping-up we got a call from Meghan and Stephen of S/V Judy Ann who were in Isla Mujeres Mexico. We had last spoken to them 3 days earlier, while they were still in Key West, Florida, as they were setting sail to come meet us in Rio Dulce. They were calling from Mexico to tell us something had gone very wrong.